How and
why melatonin
is an effective cancer treatment

Numerous studies have established melatonin as one of the most effective
anti-cancer treatments in existence. It inhibits cancer cell growth and
proliferation; it destroys cancer cells, stops angiogenesis (new tumor blood
vessel growth), and prevents harmful forms of estrogen from stimulating cancer
cell growth. Despite its success in clinical trials and in doctors’
experiences with their patients, it has not been widely prescribed in
conventional medicine, though its effects have proven to be superior to those
of many chemotherapeutic drugs.

In one clinical trial, patients with glioblastoma, a type of brain cancer,
were given either radiation and melatonin, or radiation alone. Twenty-three
percent of the patients who took the melatonin were alive after a year, while
none who had received only radiation were still alive. Similarly, in another
study by oncologists in Italy, patients with non-small cell lung cancers who
had failed chemotherapy were given melatonin. They were compared with other
patients with non-small cell lung cancers who weren’t given melatonin. A year
later, 26 percent of the patients who had taken melatonin were still alive;
whereas, none in the non-melatonin group remained alive.

Studies have also revealed melatonin to be more effective for treating
pancreatic and lung cancers than a drug commonly used to treat these types of
cancers. What’s more, this drug may cost more than $4,000 per month, while
twenty milligrams of melatonin cost approximately $11 per month.

Melatonin functions to destroy cancer in multiple ways. First, because it is
toxic to cancer cells, it induces apoptosis, or cancer cell auto-destruction,
as well as directly kills cancer cells. It also slows tumor growth through a
variety of mechanisms, such as by inhibiting epidermal growth factor receptors
on cancer cells. Epidermal growth factors play an important role in cancer
cell growth and proliferation, so blocking their receptors on cancer cells
prevents them from carrying out these roles. Melatonin also stimulates the
immune system and increases the cancer-killing activity of macrophages,
monocytes, natural killer cells, T-helper cells and eosinophils, all of which
are involved in cancer cell destruction.

Additionally, melatonin inhibits angiogenesis (new tumor blood vessel
creation) from existing blood vessels. Tumors get their nutrition through
blood vessels, and as they grow, they require an increasingly greater supply
of blood vessels to feed themselves. Preventing new blood vessel growth limits
their food intake and causes them to shrink or stop growing.

Melatonin has properties which enable it to block the effects of estrogen upon
cancer cells; this is important because certain forms of estrogen stimulate
the growth of hormonally-influenced cancers, such as breast, endometrial,
ovarian and uterine cancers.

Finally, as an antioxidant, melatonin reduces inflammation, a condition that
enables cancer’s survival, and it scavenges free radicals so that they don’t
damage normal cells and make them vulnerable to further genetic mutations.

Despite these favorable statistics, melatonin is seldom recommended to
patients in conventional medicine because the laws which govern the practice
of medicine are drastically influenced by pharmaceutical interests, which
prevent doctors from recommending it to their patients in lieu of expensive,
damaging chemotherapy drugs. It is, however, an effective natural treatment
that not only helps to prevent cancer, but which also plays an integral role
in healing the body from it.

The
Importance of Melatonin 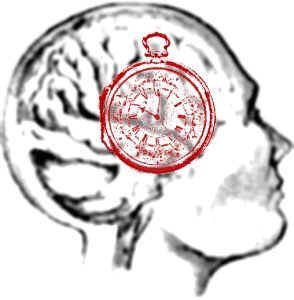 Melatonin is a natural hormone produced by the pineal gland. It is the
hormone responsible for the regulation of our internal body clock which is
also referred to as the “circadian rhythm”. The production of
melatonin is influenced by the amount of light in the external environment.
Darkness stimulates the production of melatonin while brightness produces
the opposite effect.

Aside from the regulation of our biological clock, melatonin also aids in
the regulation of other body hormones. In females, it regulates the timing
of the releases of reproductive hormones which helps set the pattern of the
menstrual cycle.

The most popular benefit of melatonin is its usefulness in the treatment of
primary sleep disorders. The National Institutes of Health reports it as
likely to be effective in treating sleep problems among children with autism
and mental retardation. But over the years, scientists are uncovering more
interesting benefits of this hormone. For example, almost two decades ago it
was reported as a protector against glucocorticoid damage, and also as an
enhancer of immune function. The following are just few of the benefits
being uncovered among others below:

However, there are other developments that change our understanding of this
powerful hormone. For several years, melatonin has been at the forefront in
treating jet lags. However, recent study shows that melatonin actually
doesn’t really work to counter jet lag symptoms. Dr. Robert L. Spitzer, the
study’s author and a psychiatrist at Columbia University in New York says

“This study showed that the different doses of melatonin were no
better than placebo at preventing jet lag symptoms,”

A word of caution – Melatonin is generally safe for adults taken in oral
form. But it should be taken with extra caution for individuals with
hypertension, depression, seizure disorders and diabetes. It may not be safe
for all children as it may interfere with the other hormones which could
affect growth in the adolescent years.

The benefits of the melatonin hold promises in the treatment of debilitating
and deadly diseases. Note however that science is still on the look-out for
conclusive results about the potential therapeutic benefits of this hormone.

Agency
for Healthcare and Research Quality. U.S. Department of Health and Human
Services.